Proclaimed in 1979, the Namib-Naukluft Park is an amalgamation of several areas into one nature reserve. It is the largest conservation area in the country and home to one of Namibia’s top tourist attractions, the legendary Sossusvlei, a spectacular white pan surrounded by some of the highest sand dunes in the world.

On 22 March 1907, German Governor Friedrich von Lindequist proclaimed three nature reserves, one of which was Game Reserve No 3 in the central Namib Desert. Renamed as the Namib Desert Park in 1962, this tract of scenically beautiful desert was amalgamated with the Naukluft Mountain Zebra Park (proclaimed in 1968) and unoccupied state land in 1979, and proclaimed as the Namib- Naukluft Park. Portions of the Diamond Area as far south as the Aus/Lüderitz road were subsequently added, which virtually doubled its size to 49 768km2, making it the largest conservation area in Namibia, the fifth largest in Africa and one of the largest terrestrial parks in the world. The top attraction in the park and one of the country’s major tourist destinations, second only to Etosha National Park, is Sossusvlei, renowned for its spectacular, desiccated white pan surrounded by majestic star-shaped dunes with deep, warm hues, and close by, the eerie Dead Pan with its bleached skeletons of ancient camel-thorn trees. Other features in Namib-Naukluft Park are Sesriem, the Welwitschia Trail, Sandwich Harbour, the Naukluft Mountains and the Kuiseb Canyon.

This section lies between the Swakop and Kuiseb river valleys. Ostrich, springbok and gemsbok are conspicuous, especially on the desert plains, while giraffe, blue wildebeest and warthog also occur here. Hartmann’s mountain zebra, klipspringer and baboon frequent the canyons of the Swakop and Kuiseb rivers, and leopard and spotted hyaena move in and out of the Kuiseb Canyon. Other species include black-backed jackal, bat-eared fox and ground squirrel. This section of the Namib also has a large Lappet-faced vulture population.

An intriguing host of small creatures have adapted to survive in the Namib dunes. The fog-basking beetle, Onymacris unguicularis, drinks water by positioning itself on the crest of a dune, dropping its head and extending its hind legs. Its back serves as a condensation surface for fog, which forms droplets and slides downwards towards its mouth. An intriguing ‘thermal dance’ is performed by the shovel-snouted lizard, Meroles anchietae, to cope with the extreme heat radiating from the dune surfaces.

The Gobabeb Training and Research Centre on the banks of the Kuiseb River has an international reputation for researching Namib ecology. Gobabeb is generally not open to the public, except on open days.

At Sandwich Harbour the light orange coloured dunes merge with the Atlantic Ocean, creating a lagoon of infinite beauty. The lagoon is a wetland of international importance and supports over 400,000 Palearctic and intra-African waders, cormorantsand significant numbers of Greater and Lesser Flamingoes. A permit must be obtained from the Ministry of Tourism and Environment offices in Swakopmund or Walvis Bay. A four-wheel drive vehicle is essential and the onward and return journey can only be undertaken during low tide.

Many visitors to Namibia say that no part of the desert is visually more dramatic than Sossusvlei with its monumentally high dunes. These gigantic star-shaped mountains of sand – one of the largest was measured from the base as 325 metres high – are a sought-after topic for artists and photographers. The warm tints of the sand contrast vividly with the dazzling white surfaces of the large deflationary clay pans at their bases. One of these, referred to as Dead Pan, is a large ghostly expanse of dried white clay, punctuated by skeletons of ancient camel-thorn trees, carbon- dated as being between 500 and 600 years old.

Sossusvlei’s mountainous dunes lie at the end of an erosional trough formed by the Tsauchab River. They are shaped by strong multi-directional winds, primarily the southwester, and have three to five sinuous crests, which meet at the highest point to give them their characteristic star shapes.

Visitors are allowed access to Sossusvlei only between sunrise and sunset. The first 60 km of the road from Sesriem to Sossusvlei has a permanent surface and is suitable for sedan cars, whereas the last five-kilometre stretch of sandy track is negotiable by 4×4 vehicles only. A shuttle service is available for people who do not want to hike the last 5 km.

The permit office complex for entry to Sossusvlei and other destinations in this section of the park is at Sesriem. Four kilometres south from here is Sesriem Canyon, where the erosion of many centuries has incised a narrow gorge about 1 km in length. At the foot of the gorge, which plunges down 30–40 metres, are pools that become replenished after good rains. Sesriem derives its name from the time when early pioneers tied six lengths of rawhide thongs together to draw water from these pools.

To early inhabitants, the gorge was an important water source in an otherwise waterless area. Even during very dry times there is water in the upper reaches of the canyon, where the deep clefts reduce evaporation. The Tsauchab River flows through the Sesriem Canyon and continues down to Sossusvlei.

About 110 km west of Mariental on the C19 en route to Sossusvlei is the small town of Maltahöhe, named by Hauptmann Henning von Burgsdorf, who supervised a police station of the German colonial administration there in 1895. He named the settlement after his wife, Malta.

About 35 km north of Maltahöhe, on the farm Sandhof, lies an enormous salt pan that is usually bone dry, except in good rainy seasons. If the pan reaches a depth of over 15 cm, shoots break miraculously through the surface of the shallow water, seemingly out of nowhere, and burst into bloom. For hundreds of hectares, as far as the eye can see, a short- lived vista of iridescent amaryllis lilies appears in an ephemeral blaze of pink, purple and white. But, as soon as the flowers have formed, they wither, and an almost biblical horde of elephant beetles descends and devours them within the space of a few days. The single weekend in which the lily season falls, usually in January or February, is a hectic one for Maltahöhe.

When on the way to attractions such as Sossusvlei and Sesriem, many visitors elect to stay in the Maltahöhe Hotel, one of the oldest country hotels in Namibia.

The cemetery at Nomtsas, some 45 km north of Maltahöhe, contains the graves of some German pioneers and is a national monument.

The Naukluft section of the park was created to serve as a sanctuary for Hartmann’s mountain zebra competing with livestock for grazing on farms. With its massive and varied rock formations, Naukluft is a geologist’s paradise. The intermittent layers of horizontally folded igneous rock, quartzite, dolomite and shale are impressive with their giant symmetrical patterns. Five different vegetation communities within the park ensure a wealth of tree and shrub species, and a variety of aloes. Animals found at Naukluft in addition to Hartmann’s mountain zebra are kudu, gemsbok, klipspringer, duiker, steenbok, leopard, baboon, black-backed jackal, bat-eared fox, African wildcat, caracal and aardwolf. Naukluft’s steep cliffs are nesting grounds for various cliff-breeding bird species, including Verreaux’s Eagles.

What originated as a dream to extend the frontiers of the Namib Desert by consolidating a large number of former sheep farms and rehabilitating the land into a sanctuary free of fences and other farm paraphernalia became the NamibRand Nature Reserve during the second half of the 1980s.

Many facets of the Namib Desert are represented at NamibRand, creating a living tapestry of colour and contour that makes it a visual utopia for artists and photographers. Game species found on the reserve include gemsbok, giraffe, mountain and plains zebra, springbok, red hartebeest, bat-eared fox, spotted hyaena, Cape fox and African wildcat. In the more rocky areas, kudu, klipspringer, baboon and leopard can be found, while the dunes harbour a rich and diverse microfauna of lizards, beetles and spiders, and even the elusive golden mole. The reserve is also home to a rich variety of birds – over a hundred species have been recorded on NamibRand. The NamibRand Nature Reserve today comprises 15 former farms and extends over an area of some 202 000 hectares, making it one of the largest private nature reserves in Southern Africa, and it is also an International Dark Skies Reserve. Situated on the reserve are the Namib Desert Environmental Education Trust (NaDEET) Centre, and the NamibRand Desert Research & Awareness Centre.

About 72 km southwest of Maltahöhe, situated amongst rolling red hills, is Duwisib Castle, a solid rectangular structure of red sandstone with battlements and turrets on its corners. Built by the legendary Baron von Wolf for his American wife, Jayta, the castle was completed in 1909. Most of the construction materials and the furniture were shipped all the way from Germany, off-loaded at Lüderitz and transported to Duwisib by ox wagon. The interior of the castle and much of its original furniture
and artworks can be viewed. Accommodation is provided in five rooms in the castle, while camp
sites, a restaurant, bar, tourist shop and picnic sites are also available. As the castle is protected as a historic monument, guest bedrooms and bathrooms were seamlessly fitted into the existing large rooms of the castle’s century-old interiors.

with these campsites and lodges 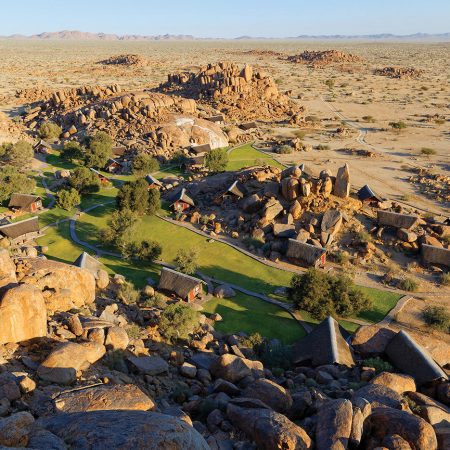 from Sossusvlei & The Namib-Naukluft Park 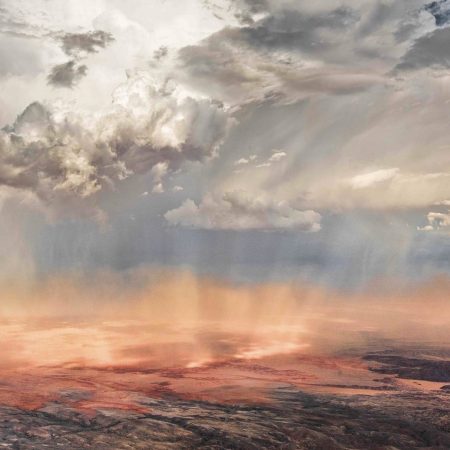