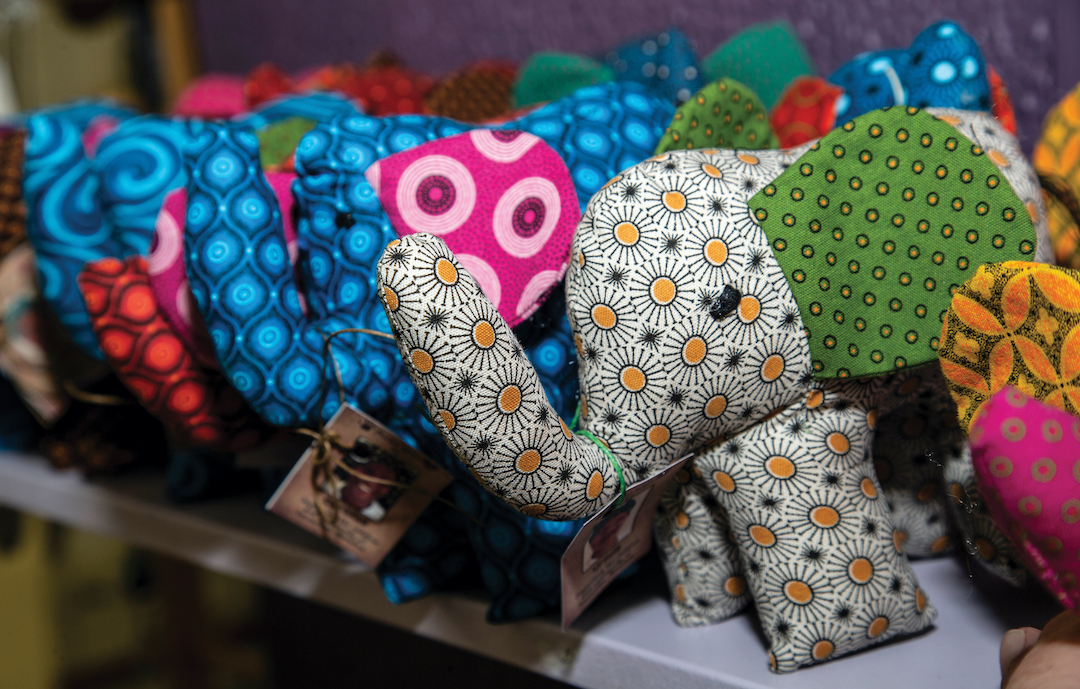 Under a tree in a village in Zambezi an old woman teaches her granddaughter the art of weaving an intricate pattern into a basket.

A craft that was revived when woven baskets’ allure increased as more foreign visitors discovered Namibia and its many treasures. For the past few decades the quality and design of local crafts was boosted by rising demand and that changed the lives of many crafters in rural Namibia.

Then all over the world production of almost everything changed. Transport came to a halt and airplanes were grounded. Tourism stopped. The devastating effect on people everywhere on earth started to surface slowly. Directly affecting only some countries at first, in certain parts of the globe, until it eventually touched everybody.

In Namibia the tourism sector is hardest hit, and with it the crafters who have literally carved out a life for themselves making objects that visitors buy. Imagine you live in the far north in Kaokoland close to the Kunene River. Thousands of tourists appreciate the traditional craftsmanship of the Himba women who make what they normally wear and use and sell it as mementos. These women have nothing else they can trade for cash.

And then from one week to the next visitors stopped coming.

The same happened to men who sell carved maroela nuts at service stations along tourist routes and women selling their woven baskets in the Zambezi Region, San men making quivers and ostrich shell beads and the women sewing beads on leather. There was no demand for their handiwork and no warning that anything like that would happen.

The saving grace for some of these crafters in far-flung regions of the country is a space in the centre of the capital where crafts from all of Namibia is exhibited and sold under one roof. A place where handicrafts collected from all over the country are displayed and sold. The Namibia Craft Centre in the heart of the capital is that place.

Crafters have access to the NCC through NGOs who provide assistance to groups and communities. Some of those relationships date back three decades. There is no formal structure yet to get crafters in Namibia under one umbrella, but since independence and with ad hoc funding, crafters seem to have made a living where there are few other options.

In Windhoek the tour buses and the rented cars have been standing idle since March. Nobody to buy crafts. And subsequently the feet into the Namibia Craft Centre dwindled to near zero.

Never was it more evident how many Namibians depend on tourism than during the year of the pandemic. It also proved that the quality of handicrafts would not be so good if it were not for the demand from discerning international travellers who expect the best.

If ever there was a good time to do your Christmas shopping where you have Namibia’s 824 268 km2 under one roof, it is now.