The Ovahimba of Namibia’s remote north-western Kunene Region, formerly known as Kaokoland, are semi-nomadic pastoralists who migrate in search of grazing and water for their cattle. They are the descendants of Ovaherero who remained in Kaokoland when the rest of the Ovaherero migrated further south. They came under attack from Oorlam Nama commandos who raided their cattle from the mid-1800s to the end of the 19th century, leaving them destitute. Most of them took refuge north of the Kunene River in southern Angola where they gradually rebuilt their herds and returned to Namibia in the 1920s.

Despite the influences they have been exposed to in the past few decades, they have largely retained their traditional way of life. The Ovahimba live in semi-permanent settlements throughout the Kunene Region. Tall, slender and statuesque, they are characterised especially by their proud and friendly bearing. The women are noted for their sculptural beauty, enhanced by intricate hairstyles and traditional adornments.

Ovahimba homes (ozondjuwo) are simple, cone-shaped structures of saplings bound together with palm leaves and plastered with mud and dung. The structures which have a short tunnel-shaped entrance are built by men, while the women do the plastering. A fire burns in the headman’s hut day and night to provide light, heat and keep insects away. Every homestead has a holy fire (okuruwo) in the middle of the main dwelling and the cattle enclosure. The fire has to be kept smouldering as it serves as the sacred link between the ancestors and the living.

Families may move from one home to another up to ten times a year to search for grazing for their cattle and goats. As they are frequently on the move, a family may live in hundreds of dwellings in a lifetime.

Women wear a short calfskin front apron and a black skirt made of calfskin, while most men nowadays wear a black cloth around their waist. A distinctive feature of Ovahimba women is the ochre colour of their skin. This mixture of butterfat, herbs and powdered ochre (otjize) not only protects their skins but also keeps insects at bay and prevents their hair from falling out.

Head ornamentation and hairstyles still feature prominently in the Ovahimba culture. A young girl typically has plaits (ozondato). Once she has completed her puberty ceremony, she wears the ekori – a headdress made from tanned sheep’s hide or goatskin with three leaf-shaped points, often decorated with iron beads.

Ovahimba males also wear different hairstyles such as the single plait (ondato) worn by young boys down the back of the head. Men of marriageable age wear the two-plait ozondato. Married men must keep their hair covered, except when mourning the death of a close relative, and wear a fabric scarf covering the head and decorated with an ornamental band.

Children, men and women wear a variety of body adornments made from iron and shells that are indicative of their status. One of the most prized adornments worn by women between their breasts is the ohumba, a sea shell which is passed on from mother to daughter.

The Ovahimba Living Museum, one of six living museums established by the Living Culture Foundation of Namibia, offers a fascinating insight into the culture and traditions of the Ovaherero. Visitors can experience the daily routine of the Ovahimba by joining several programmes, ranging from traditional life, bush walks and craft-making to singing and dancing. The village is 42 km north of Opuwo on the D3700/ C43 road to the Epupa Falls. 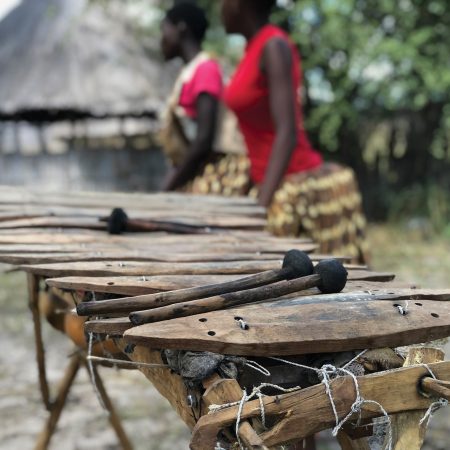 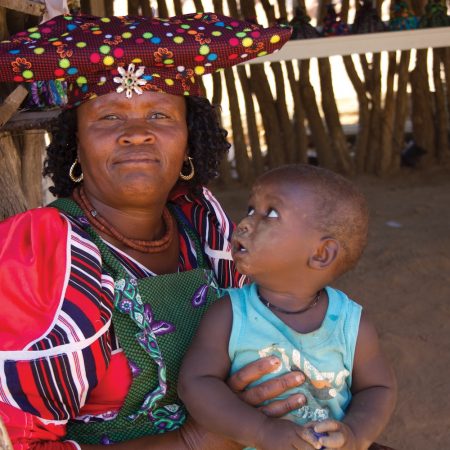 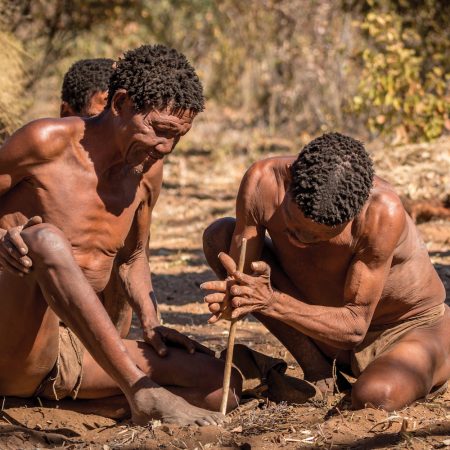 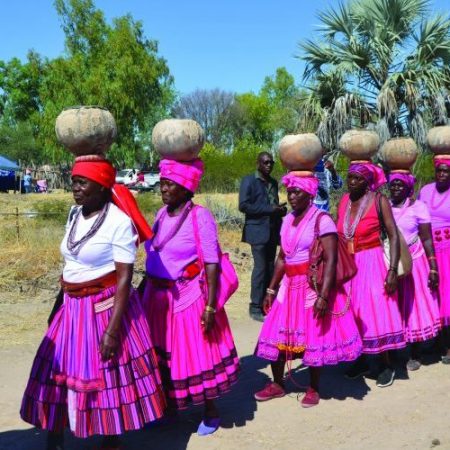